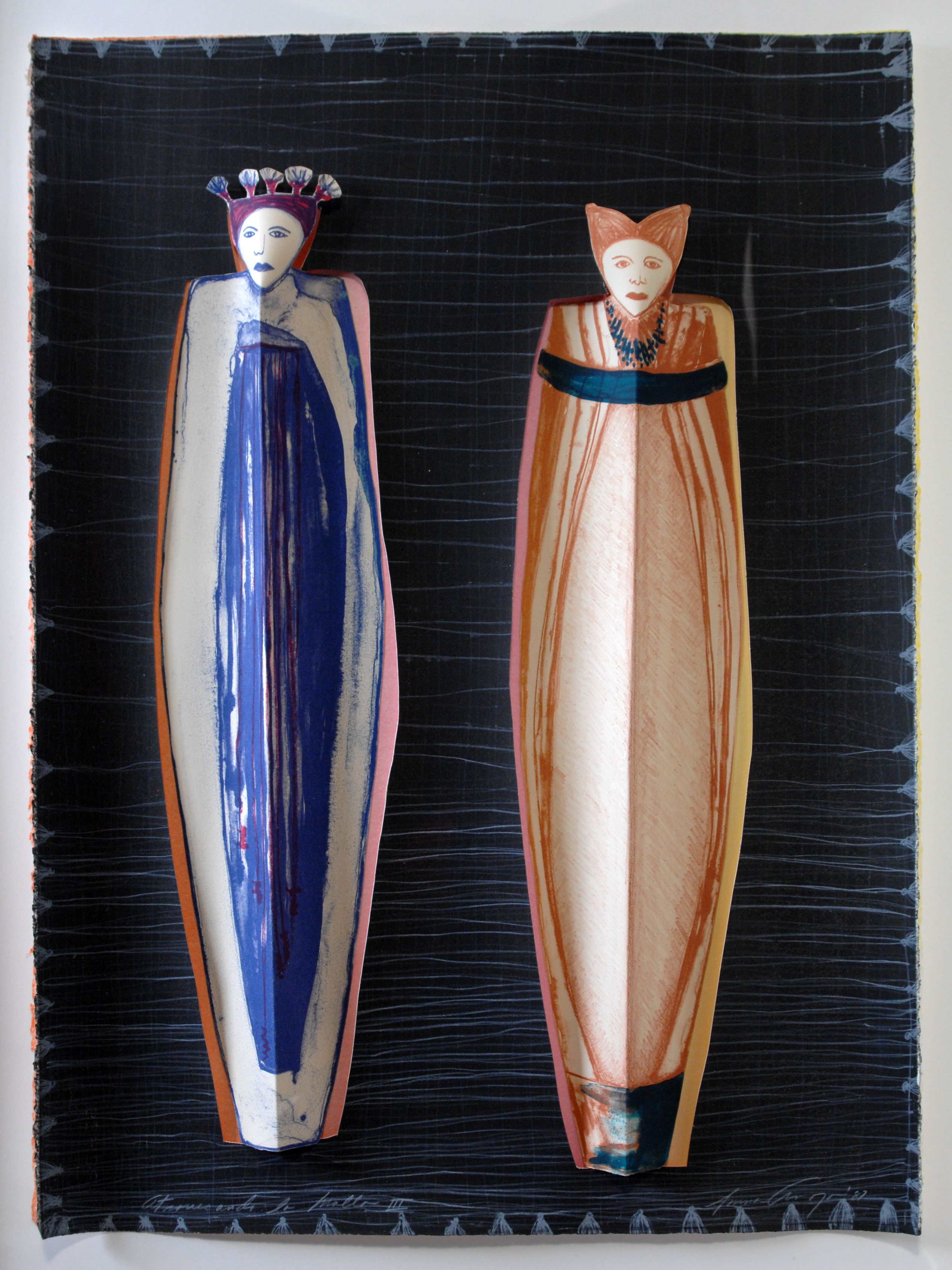 Born in Puerto Rico, Imna Arroyo’s work focuses on issues of identity and her African, Caribbean and Taino heritage. In 1986 she began to explore the theme of “energia de mujeres” or “women’s energy.” The symbolism in her work includes nets, caves, spirals, and water and is often represented in cocoon or conical shapes as the two feminine forms here.

Arroyo’s art is informed by her feminist view and inspired by the urge to demonstrate women’s shifts from restricted circumstances toward liberation. All the works of this period are about that tension erupting from restriction. During this time these works were created, Arroyo was a single parent raising two daughters, completing her BFA from Pratt Institute and her MFA from Yale, both supported by full scholarships. The work reflects the tension of her restricted circumstances and the potential for breaking free.