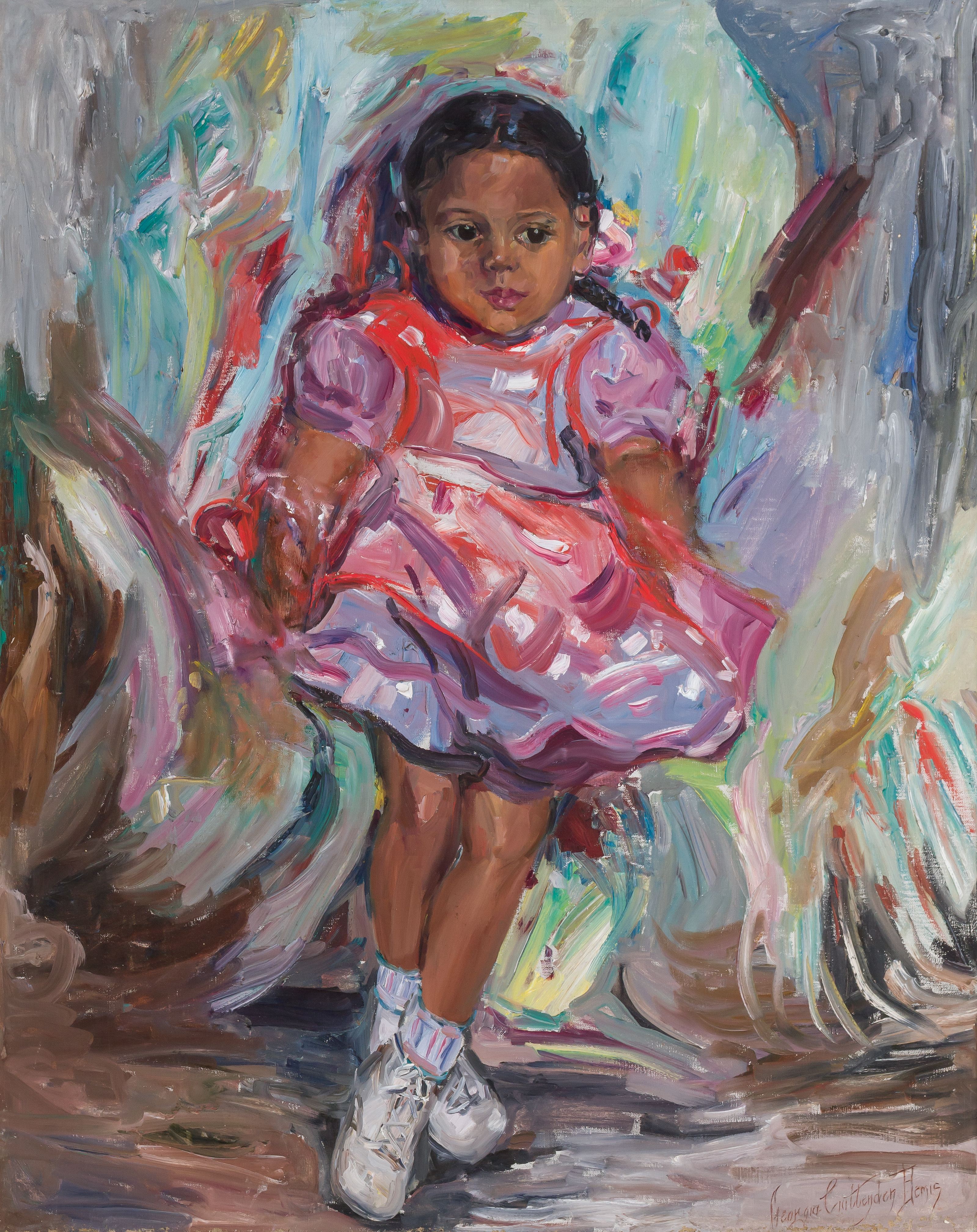 California artist Georgia Bemis had a long career producing paintings, sculpture and etchings. Raised in Oakland she settled in San Diego in 1928 where she studied at the Academy of Fine Art. She became well-known for her portraits and in 1939 was commissioned to paint New York’s Mayor LaGuardia for the World’s Fair. She married in 1940 and the couple moved to Oakland and raised two sons. There she delighted in painting the landscape and the wooded hills became a favorite subject.

The name of the child here is unknown though she may have been a neighborhood or school friend of one of the artist’s sons. Set in a stunning backdrop rendered in lustrous hues ranging from green-blue to deep violet, the child’s face is serene above her purple, pink and rosy red dress. A fast and loose brushstroke activates the surface and it is only the girl’s stationary stance that holds the viewer’s eye for a moment.