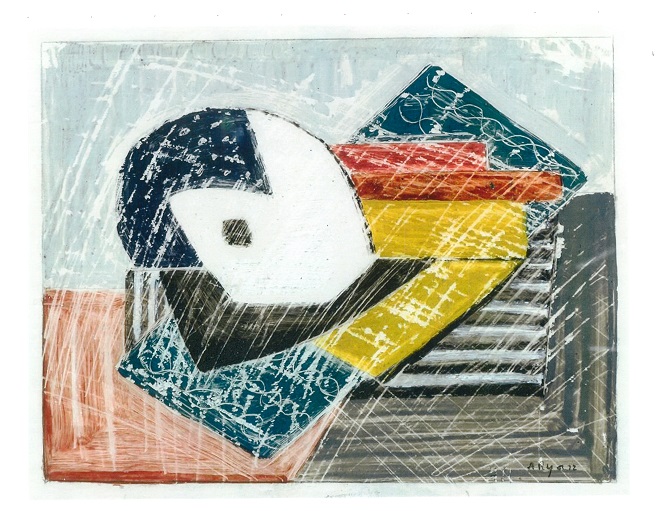 Anne Ryan was a poet who moved to New York’s Greenwich Village in 1933. There, her neighbors included many artists and writers associated with the New York School, an informal group of artists who painted in the abstract expressionist style, including Jackson Pollock, Barnett Newman and Tony Smith. Ryan began painting at the age of forty-nine. Ten years later, in 1948, an exhibition of work by the German artist Kurt Schwitters prompted Ryan to construct collages. She had an excellent sense of subtleties in color, texture and pattern, and achieved rich variation in the works she made from paper, cloth, and found materials such as string, paper, or cellophane. Though she died just six years later, she created approximately four hundred collages, most are small in scale.

The cubist inspired abstraction of Untitled suggests Ryan’s acknowledgment of Picasso and Braque, who introduced the technique as fine art. This is also likely to be a later work as Ryan foregoes the use of found objects used early in her career in favor of a more formal approach seen after 1952.  Her successful embrace of the collage medium is affirmed by her reputation as the premier collagist of Abstract Expressionism.