Opening Reception: Icebergs! and Lesley Dill Wilderness: Words are where what I catch is me

Join us for an opening reception celebrating the Museum’s two newest exhibitions: Icebergs! and Lesley Dill: Wilderness. Remarks will begin at 2:00 p.m.

Icebergs! centers around the work of American artist Frederic Edwin Church (1826-1900). The most popular artist in mid-19th-century America, Church took landscape painting to new heights of grandeur. He was best known for his visually stunning paintings of American scenes including those of icebergs accomplished during an 1859 trip to Labrador and Newfoundland. Several of his studies of icebergs, completed in oil, watercolor, as well as pencil, are presented in this exhibit as well as historical and contemporary takes on the subject.

Icebergs! is a collaboration with Boston’s Museum of Fine Arts supported by the Terra Art Bridges Foundation.

Lesley Dill Wilderness: Words are where what I catch is me by Brooklyn-based artist Lesley Dill reflects the poetry, prose and declaration of early New England figures such as John Brown, Nathaniel Hawthorne, Anne Hutchinson, Sojourner Truth and Walt Whitman. The exhibition also includes Emily Dickinson, whose poetry initially triggered Dill’s assimilation of text into her art. The long, thin figures appearing in Dill’s work wear the strength of the words of the people they represent.

This presentation of Lesley Dill: Wilderness is a collaboration between the Mattatuck Museum and the Nohra Haime Gallery, New York. 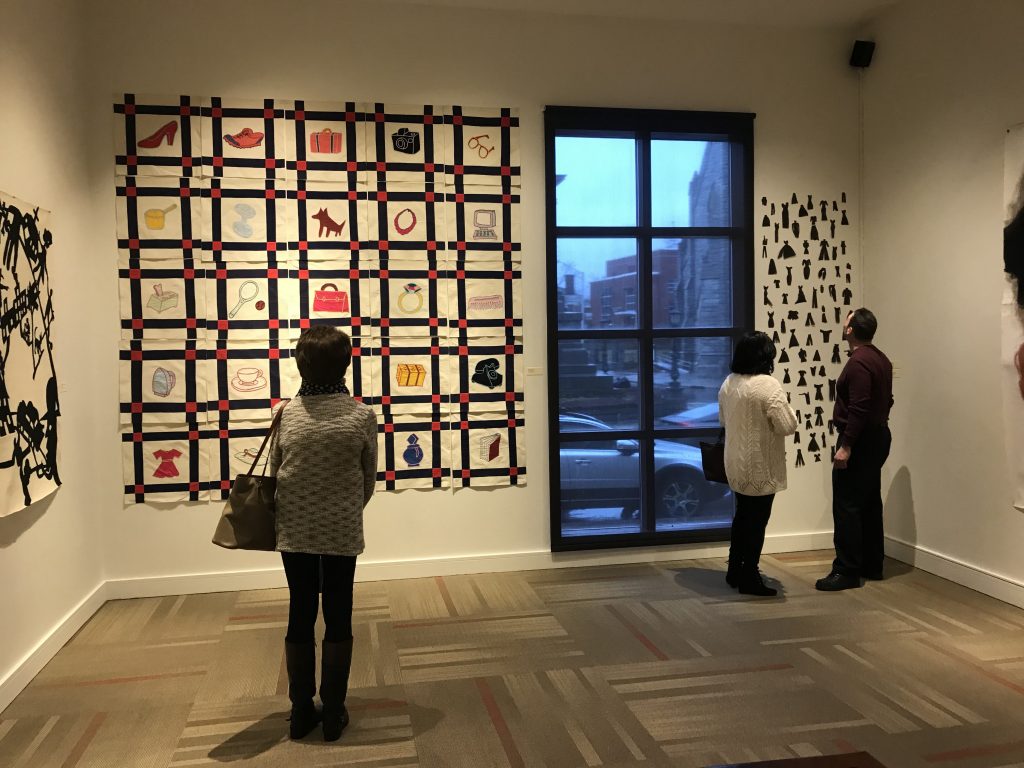