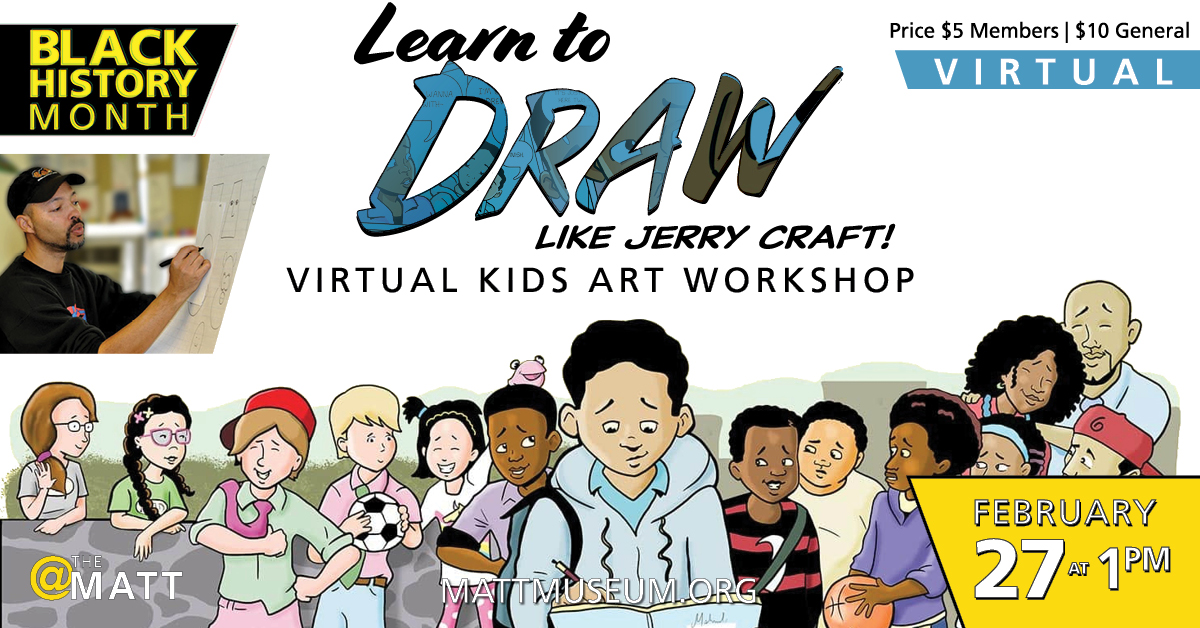 Want to draw like New York Times bestselling author Jerry Craft? Here is your chance! Join Jerry Craft as he teaches kids how to draw his characters from his bestselling graphic novels New Kid and Class Act. Craft will also discuss the cultural significance of his characters. A pencil and paper are needed for this workshop.

Jerry Craft is the New York Times bestselling and Newbery Medal winning author of the graphic novel, New Kid.  His second graphic novel, Class Act, publishes on October 6, 2020. Craft is also the creator of Mama’s Boyz, an award-winning comic strip which won the African American Literary Award five times. He is a cofounder of the Schomburg Center’s Annual Black Comic Book Festival. He received his BFA from the School of Visual Arts.

Register for this event

Thank you to our co-sponsors: