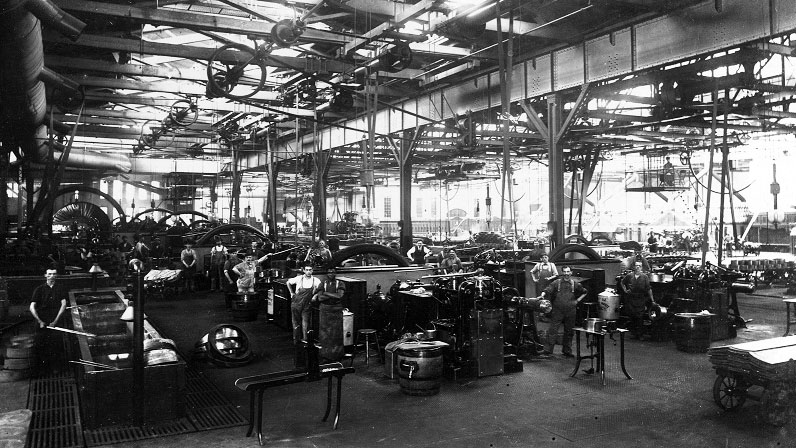 The decades that followed the Revolutionary War were years of rapid change in the Naugatuck Valley’s economy and population. Regional towns re-invented themselves as a generation of farmers became woodworkers, metalworkers, and peddlers. 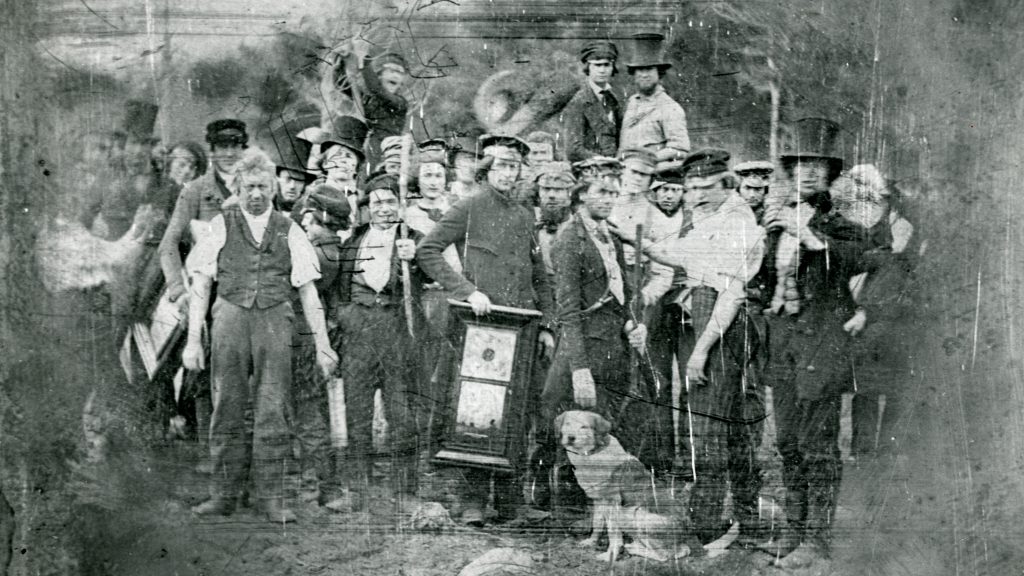 These new “Yankees” were inventive craftspeople, learning new ways to make things from wood and metal. They were willing to try new kinds of work and applied these skills to new ways of making money.  They set up small scale production and traveled the region looking for new partners and new markets.  Beginning with simple wares like metal buttons, they quickly learned to make more complicated and valuable products like guns and clocks. The results of their experiments would become the foundation of the region’s economy for the next two centuries. 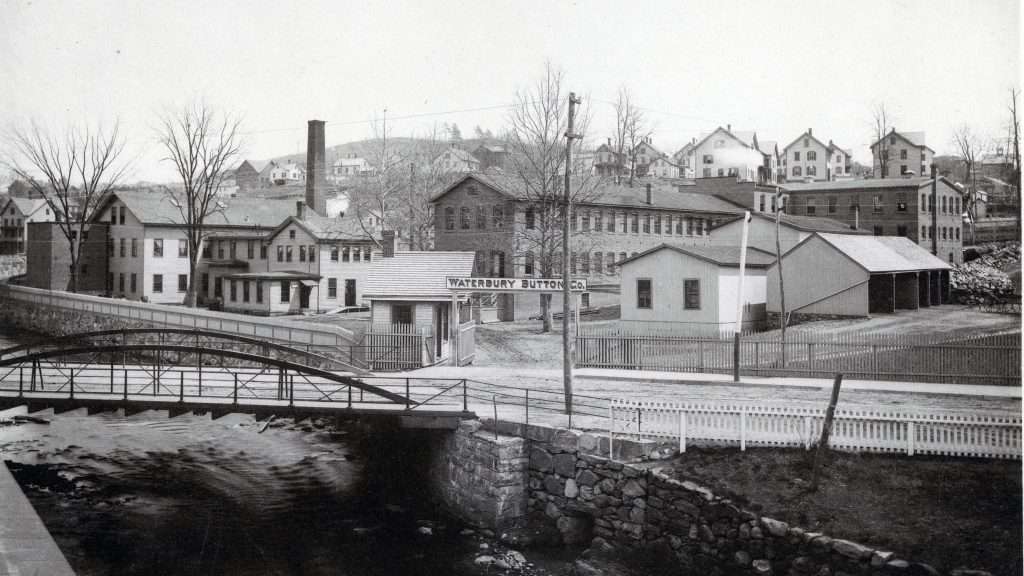 Skilled machinists, factory workers, mechanics and tradesmen from England, and across Europe and beyond built a powerful manufacturing empire. They learned to cast, roll and draw brass to satisfy the needs of the industries, cities and nations of the world. The seeds of an industrial empire took root in the Naugatuck Valley.

Waterbury was not unique, but it was different.  Many cities in Connecticut and throughout the northeastern United States specialized in a single industry. Just as Meriden became the Silver City and New Britain the Hardware City, Waterbury became the Brass City.   By 1840, America’s entire brass industry was localized in the Naugatuck Valley. Growing economies around the world had an insatiable appetite for the brass products that came from Waterbury’s mills. As the Valley’s entrepreneurs invented more and more uses for brass sheet and wire, new markets opened up to all they could provide. 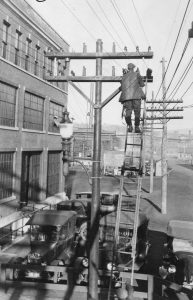 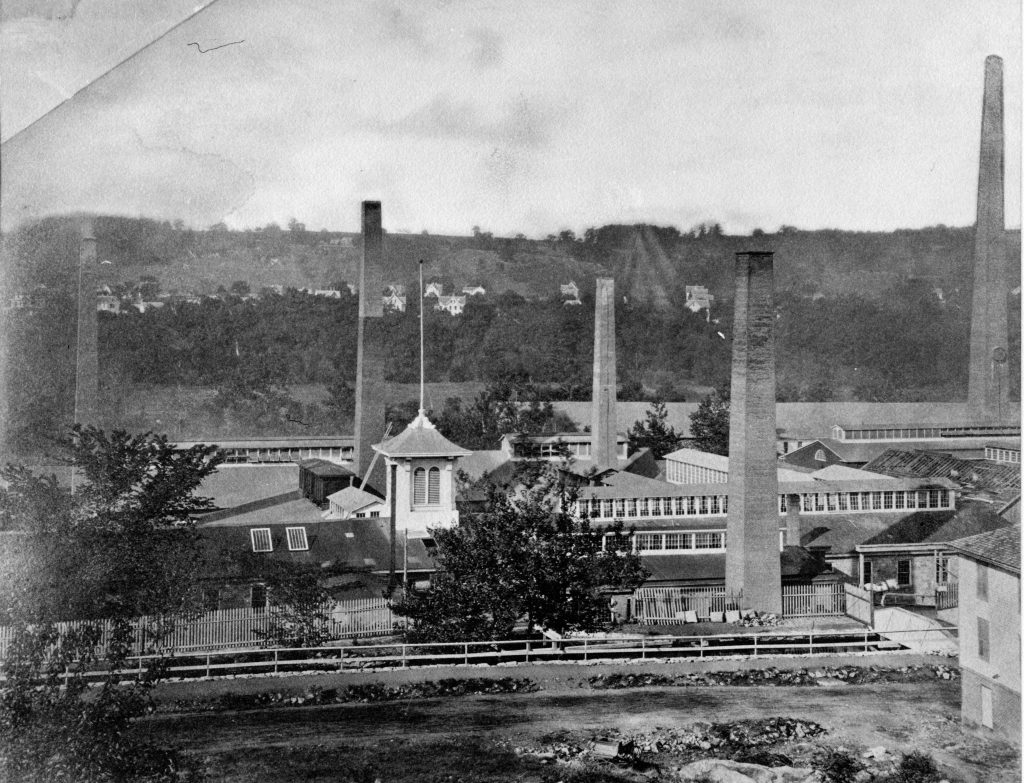 By the 1920s, the Valley’s brass industries had become so important to the global economy, that the businesses themselves became commodities. Two of Waterbury’s three largest brass companies were purchased by the world’s largest copper companies.  American Brass was bought by the Anaconda Copper Company and Chase Brass was bought by Kennecott. Anaconda and Kennecott were among the first truly global corporations. They invested in copper mines in Canada, Mexico, Chile, and Peru while operating mills in the U.S.   The Naugatuck Valley’s brass industry became part of a chain that ran, as Anaconda proclaimed, “from the mine to the consumer.” The result was a near monopoly, and it provided the profits that helped transform the city. 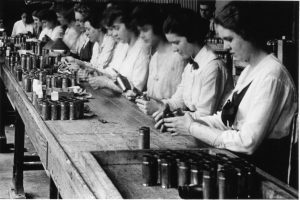 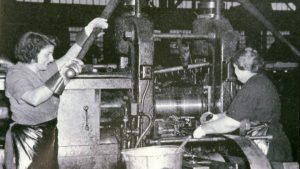 Yet still new immigrants arrived, and built new homes in old neighborhoods. They found suburbs, and highways, and the promise of new opportunity. They joined a society of consumers, and an economy that provided services rather than making products. Today, a new model of community is being assembled from many different parts. The Valley is finding its new place in the global economy.